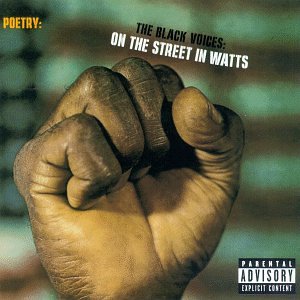 Re-released to little fanfare, this is a probing document of the street artists' life at the turn of the seventies. It works as art, as well, although with poems such as "Pimping, Leaning and Feaning" and an ode to "Black Pussy," the Prophets are often more scatological than their New York compatriots the Last Poets. The four poets are varied: "Funny How Things Can Change" is reminiscent of Brion Gyson. The music is background accompaniment, but quite good, and evocative of the time (congas, screeching sax, flute). Fans of the novels of Iceberg Slim and Donald Goines, and the films of Melvin Van Peebles would probably already own this, if they knew it was out there. --D. Strauss