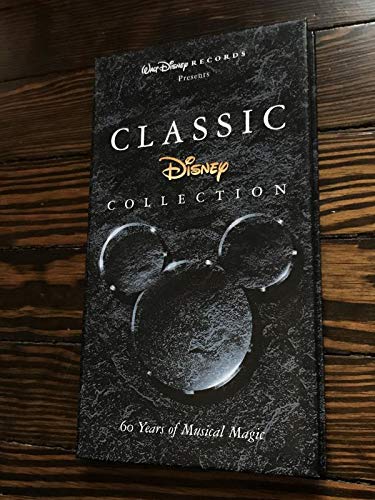 An excellent collection, Classic Disney emphasizes the studio's recent output more than The Music of Disney. The box set is beautifully packaged and compiled, as expected, but if you're not interested in such a large purchase, the discs are also sold separately, which is not an option with The Music of Disney box set. Classic Disney contains a notable number of selections from films with hard-to-find soundtracks, such as The Parent Trap, Pete's Dragon, and the controversial Song of the South. --John Sanchez